What Are The Differences Between Machine Translation and Human Translation?

Arguably the most significant revolution to hit the translation industry came in the 1990s with the arrival of machine translation, sometimes abbreviated to MT. For many years, it was thought that machine and human translations should be kept apart; some people even worried that MT posed an existential threat to human translators and would make them less important.
However, today, MT’s use is increasing among professional translators who prefer to have a rough draft of translated material before they produce a final translation. Machine translation software can help translation professionals in numerous ways by making their project delivery faster and easier, solving easier tasks and allowing them to concentrate on the most challenging parts of the work. That being said, machines will never replace humans.
In this article, we’ll look at the key differences between machine and human translators and the value of both. But first, let’s start with a definition. 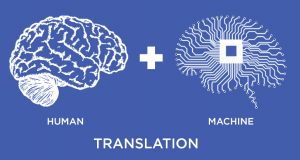 What is Machine Translation?

Machine translation is a form of computational linguistics that uses software to automatically translate speech or text from one language to another. The most common machine translators are generic systems such as Google Translate and Bing Microsoft Translator, which provide ad hoc translations for people all over the world. There are also customizable MT systems that can be trained to improve accuracy in specific fields such as legal and medical, and adaptive machine translation. These offer suggestions to human translators as they type into their CAT tools (software that assists translators in the translation process).

Among the reasons why people use machine translators are:

1) Speed – they can translate vast blocks of text in a matter of seconds, much quicker than a human.

2) Lower costs – it’s cheaper than hiring a human translator when one is not needed.

3) To translate multiple languages – the same software can potentially translate hundreds of languages.

4) For web page translation – allows people surfing the web to translate web content and pages easily and instantaneously into their native language. 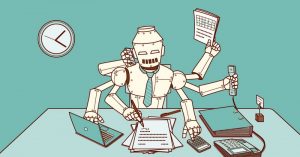 The Key Differences Between Machine Translators and Human Translators

If you’re considering whether to opt for a machine translator or a human translator, the following points may help shape your decision.

Anyone who has ever used Google Translate for anything more than a paragraph will know that sometimes the results are not always as good as hoped. The quality provided by human translators is far superior, a natural and fluent translation that retains the essence of the original content. MT systems make grammatical mistakes and can translate things that don’t need translating, such as names. These are mistakes that professional human translators are very unlikely to make but that computers do very easily. Sometimes, machine translations are too literal; the software lacks the knowledge to produce translations that accurately reflect the source language.

In general, machine translations are less expensive than the cost of hiring a human translator. If you’re using a search engine translator to translate eCommerce web pages, you don’t have to pay anything. However, price doesn’t always reflect value. There are many things that human translators can do that machines cannot, and it would be wise not to leave the translation of critical business documents to a computer program.

We’re not going out of our way to be negative about machine translators, because they do have their place. But there are just some things that machines are not capable of translating well. These include sarcasm, humour, dialects, slogans, metaphors, double entendres and idiomatic speech. They also fail to understand the meaning behind anecdotes and inside jokes. A human translator can look beyond the words on the page and come up with the best way to interpret a phrase from one language to another.

Each culture has its symbols, idiomatic expressions, and cultural sensitivities that human translators are well versed in. Machines don’t understand cultural norms and values and therefore run the risk of offending the reader or being misunderstood.

There are words with multiple meanings in many languages, which can pose a significant challenge for the machines. These words have to be related to the context to provide an accurate translation, and only humans are proficient at this. For example, the word “spot” has multiple meanings in English. It can be a blemish on a person’s face, a mark on an item of clothing, an advert and a location. Machines find this tricky because they just don’t understand the context and will provide a literal translation that may not be appropriate. Run a document such as an instruction manual through a machine translator, and you will end up with lots of inaccurate and confusing translations, which could lead to huge problems.

There is one area where machine translations come out ahead, and that’s volume. A machine can handle large amounts of translated material, much more than a human translator or even a team of translators. This can be useful when companies have thousands of pages that need to be translated into different languages. Sure, there will be issues with accuracy, but then organizations can send those documents that require 100% accuracy to a human translator.

Machines are not experts in any industry. Unlike human translators with industry expertise, they are not well-versed in the technical terms or jargon of such industries as legal, financial and manufacturing.

Machines do not tend to look for the shortest expressions in the target language. They often add more words than are necessary to come up with a close enough translation.

Without a doubt, machine translators are inferior to human translators, although they are developing and improving all the time. They are becoming more efficient, and their longer form translations are becoming more understandable. However, humans will always need to be the most important part of the equation to ensure the finished piece is grammatically correct, culturally sensitive and localised.
The complexity of language with its syntax and variety of nuances, a wealth of vocabulary, figurative speech, elaborate sentence structure and adaptability are things that only humans can understand.