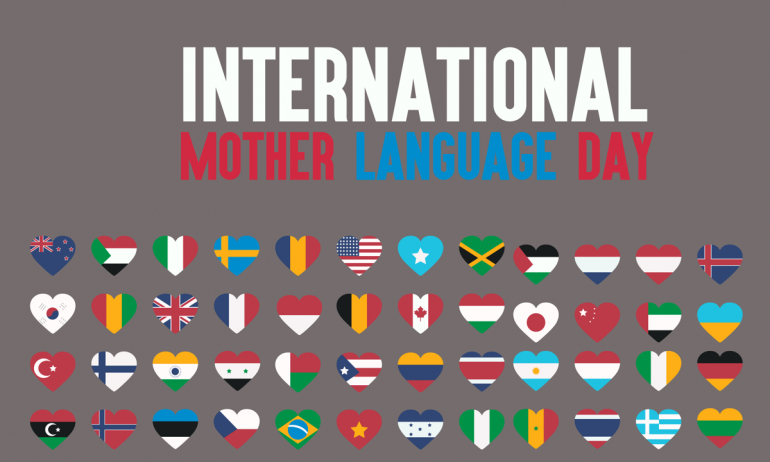 The roots of the day lie in events in Bangladesh on February 21, 1952. On that day, students from the University of Dhaka and other places of learning protested at the government’s declaration of Urdu as the sole national language. At that time, the country was part of Pakistan.

International Mother Language Day was first announced by UNESCO (United Nations Educational, Scientific and Cultural Organization) in 1999 and has been a fixed date in the calendar ever since 2000. However, the day is more than just a fond commemoration; it is also a reminder of how language connects us to our culture and identity and others. At the same time, it serves as a reminder that some languages are increasingly under threat because of globalisation and discrimination against native speakers.

Approximately 6,500 languages are spoken in the world and at least 43% of these are endangered, according to UNESCO. Around 2,000 languages have fewer than 1,000 speakers, and four in ten languages are in danger of becoming extinct. That was the conclusion of a 2019 study by the United Nations.

Language is not just for communication. It is a reflection of culture, ideas, world view and ourselves. When a language becomes extinct, future generations lose a part of their identity.

Why Is It Important to Preserve Mother Tongue Languages?

Mother tongue language refers to the first or native language that a person is exposed to from birth, and not necessarily the national language. There is a wide array of reasons why mother tongue is essential:

• Studies have shown that cognitive and intellectual development in children is faster in those who are fluent in their mother tongue.

• Research by Professor Jim Cummins from the University of Toronto indicates that the stronger a child’s mother tongue, the easier it is for them to learn additional languages. He also says that children who can speak multiple languages have more advanced critical thinking.

• A mother tongue is an important component of a person’s social, cultural and individual identity. When a child is not allowed to speak their native language at school or elsewhere, it can limit who they are. The education systems in many countries teach children in the national language
• and not the one that is spoken in the home.

• Children who have a strong foundation in their mother language tend to have a deeper understanding of themselves and their place in society. If a child’s mother tongue is not valued, the child does not feel valued.

• Interactions between parents and children increase because parents can help with homework.

• Languages are the principal means by which we keep cultures alive.

As we mark International Mother Language Day, we should also be aware it’s not just about one day in the year. It is a lifetime of recognising the importance of mother tongue languages in educational, personal development and intercultural dialogue. By celebrating language, we also encourage open-mindedness, tolerance, acceptance, and respect.