Where Did English Language Come From? 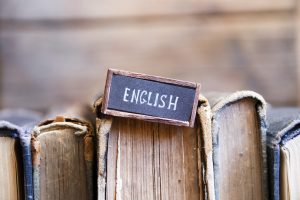 Out of the world’s population of approximately 7.9 billion people, around one third speak English, including nearly 400 million native speakers.
It is often the first choice foreign language in many countries and is the lingua franca of business, travel and international relations.

When most people think about English, they think about a single language, but it is a mixture of lots of different tongues. Like many languages, it has evolved over generations, undergoing significant changes.

So, where did the English language come from?

To answer this question, we must first travel back 5,000 years in time to southwestern Europe to discover its earliest roots.
People living in this area spoke a proto-Indo-European language that is no longer in use. This is the ancient ancestor of most European languages, including ancient Greek, German and Latin. Although spoken Latin disappeared, it left behind one of the languages that would become English.

Ultimately, the story of the English language is one of the numerous invasions over hundreds of years. In the first century AD, the Romans invaded Britain, bringing with them plumbing, sanitation, straight roads and their alphabet. Then around six hundred years later, when they were a distant memory, a German tribe called the Angles took over. Later, they were joined by the Saxons and the Jutes.

For several hundred years, the Saxons, Jutes and Angles mixed their languages until eventually, they merged into Anglo Saxon or Old English, which belongs to the Germanic language family. A handful of written works survive from this time, including Beowulf, an epic Old English poem most likely from the tenth century.

The next great invasion, which also left its mark on the language, was by the Vikings, a fierce seafaring people from southern Scandinavia (now present-day Denmark, Norway and Sweden). They threw some Old Norse into the mix and many English words in everyday use today have Viking origins, including “egg,” “sky,” “leg,” “skull,” and “take.”

The next and last invasion of British soil was in 1066 when the Normans, a French-speaking people from Normandy in northern France, attacked. Historians call this the Norman Conquest, and it was led by William the Conqueror. The Normans became the new rulers of the land, and they only spoke French. At the time, it was one of the most important languages in the world. It was not spoken by the ordinary people of Britain who still used Old English.

However, Old English absorbed thousands of French and Latin words spoken by the Normans, including “prison, “jury,” “parliament,” “agreement,” “fine” and “justice.”

As the years rolled on, the Norman rulers no longer spoke pure French but a mixture of French and Middle English. Scholars believe this form of the language sounded similar to modern English, although the texts that survive from this time can be challenging to understand. Among the most well-known is the Canterbury Tales, a collection of stories written by Geoffrey Chaucer in the late 14th century.

From Middle English to Modern English

From then on in middle English evolved into modern English as a result of several innovations. This included changes brought in by the English Renaissance (approximately the 16th and early 17th century). During this time, many words were deliberately added and invented. Playwrights such as Shakespeare created new words including “critic,” “bandit,” “elbow,” “lonely,” “swagger” and “lacklustre.”

English has had a long and fascinating journey from its early and humble beginnings as a Germanic tongue of settlers to a global 21st-century language. And like every other language, it is continually evolving and borrowing influences from its own and other cultures.