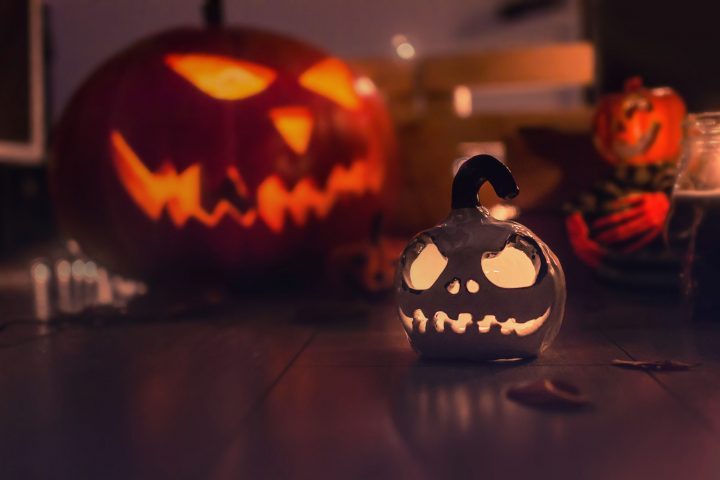 Photo by Andyone on Unsplash

October is undoubtedly the month dedicated to Halloween. Shops, not only in countries that celebrate it, are full of scary costumes, festive decorations, people organize Halloween parties and fancy dress contests. Almost everyone around the world knows of this tradition. Do they know, however, what the original meaning of Halloween is?

This article features not only the meaning and history of Halloween but also of other popular words related to it. So, let’s get into it, shall we?

Halloween is a contracted form of Hallows’ Even or Evening, also known as Allhalloween (from All Hallows’ Eve). It is celebrated on October 31st, which coincides with the eve of the Christian feast of all hallows’ day. That day is dedicated to “remembering the dead, including saints, martyrs and the faithful departed”. The origins of this tradition are said to date back to the Celtic harvest festivals, and more specifically, Samhain. Others believe it is a purely Christian holiday that has nothing to do with ancient, pagan festivals.

Samhain was a Celtic feast, celebrated on the night of October 31st when people believed ghosts of the dead returned to earth, caused trouble and damaged crops. To ward off ghosts, people used to light bonfires and wear costumes, mainly made of animal heads or skins. That day marked the end of summer and the harvest and the beginning of the cold winter, often associated with death. Tradition also had it that on that night, the appearance of ghosts made it easier for priests to make predictions. The latter, in the Celtic tradition called Druids, used to light huge bonfires in which they burnt crops and animals as a sacrifice to the deities.

By the 9th century, Christianity had spread into Celtic lands and it blended with older Celtic rites. In 1000 AD, the church made November 2nd All Souls’ Day, that is a day to honour the dead. It is said that the purpose of this was to replace the Celtic festival of the dead. All Souls’ Day was celebrated in a similar way to Samhain: people dressed up as saints, angels or devils and they lit bonfires.

When Halloween started being celebrated in America, it was first popular in Maryland and the southern colonies. As peoples moved and mixed, an American version of Halloween emerged. During the first celebrations, there were “play parties” organized, during which people shared stories of the dead, told each other’s fortunes, sang and danced.

Halloween spread all over the US during the second part of the 19th century, mostly due to Irish immigrants fleeing the Irish potato famine.

Trick-or-treating is the most popular thing to do on Halloween, apart from dressing up. However, it is not something new or something modern Americans invented. It dates back to at least the 16th century when it was common in Britain and Ireland. But even older than that, was an ancient Greek version of trick-or-treating, since on the Greek island of Rhodes children used to dress up like swallows and went from house to house demanding food, otherwise, they threatened to cause mischief.

In recent times, it started in the late 19th century in America, when people tried to make the celebration more about neighbourhood get-togethers than ghosts and witchcraft. It is indicative of this “campaign” that parents were advised to do away with anything alluding to superstitions. Between 1920 and 1950 it was revived: giving children candy was a way to avoid tricks being played on them- a new American tradition was born.

Jack o’ lantern is another popular word during Halloween month. It is nothing more than a carved root vegetable (usually pumpkin or turnip), that, according to the legend, is related to an Irish man called Stingy Jack.

Stingy Jack was, according to the legend, an Irish drunkard, who fooled the devil twice. The first time, he convinced him to turn himself into a coin. Jack, to free the devil and allow him to get back into his former self, demanded that the devil not bother him for one year. The next year he fooled him into climbing a tree. Then he drew a cross on the bark of the tree and demanded, to let him come down, that the devil not bother him for another ten years and not claim his soul when he dies. Eventually, Jack died. However, God would not accept him into heaven after all his mischief when he was alive. Now, the devil could not accept him into hell either, because that was part of the deal they had made in earlier times. Jack was then obliged to roam the Earth, not belonging to either heaven or hell, with only a burning coal to light his way, which he put into a carved-out turnip.

This ghostly figure was called Jack of the lantern or Jack o’ lantern and people in Ireland and Scotland started carving scary faces at first into turnips and potatoes, so that they scare away Jack and other evil spirits. The English used large beets for that purpose. When immigrants from these countries relocated to the United States, they brought with them this tradition as well. They soon found out that another very common vegetable in the US around this time of year is pumpkin and they started using it to make lanterns. Nowadays pumpkin lanterns are one of the most characteristic traditions of Halloween.

Finally, what would a celebration be without a traditional dish to go with it?

Barmbrack is a kind of sweet bread that comprises the centre of an Irish Halloween custom. Its name possibly comes from bairín (the Irish word for a loaf) and breac (the Irish word for speckled, due to the raisins it contains). Barmbrack used to contain various objects and it was used in a sort of fortune-telling game. Nowadays, Barmbrack is sold in flatbread shape and it contains a ring. As per tradition, whoever finds the ring is considered to be fortunate.

After learning all the above, you may have some stories to narrate during Halloween gatherings this year!