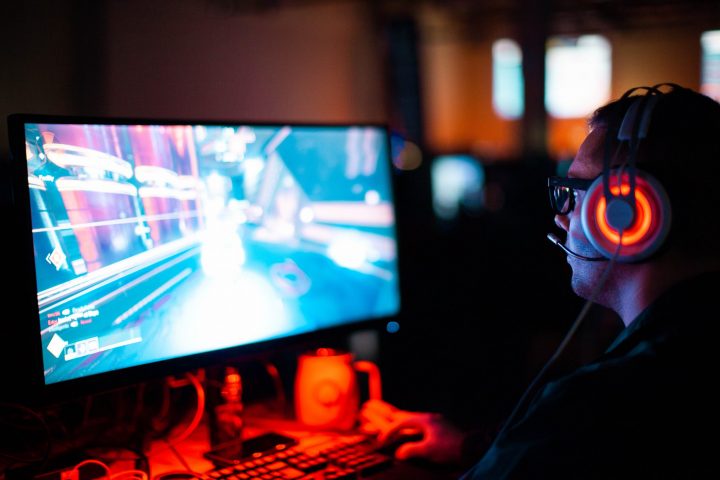 Covid-19 and The Rise of eSports

E-Sports Are Thriving During the COVID-19 Pandemic

Faced with the global coronavirus pandemic, sports centres, arenas and stadiums all over the world have closed their doors, causing the most significant disruption to the sport since World War II. COVID-19 has practically killed off top sporting events all over the world, including Wimbledon, the Tokyo 2020 Olympics and numerous Formula One races.

The infectious agent may well have thrown seasons into limbo, but there is at least one sporting success story during this age of social distancing and quarantines, and that’s e-sports. Although it is by no means a new concept, it is gaining a lot of traction now that virtually all sporting activities have dried up because of coronavirus.

Whereas the sports betting industry has suffered a knockout, other sectors of gaming and betting, which are not related to live sports (such as online games of skill and games of chance), have surged because people are trying to keep boredom at bay while stuck inside.

Even before the world went into lockdown, e-sports was already a growth industry, but the virus appears to have accelerated uptake if the stats are anything to go by. Twitch, one of the world’s leading live streaming platforms for games, is estimated to have grown its audience by up to one third in March. Also, in March, Twitter witnessed 71% in e-sports and gaming conversations. Meanwhile, on the evening of March 15, Stream surpassed 20 million concurrent players, setting a new record for the online game platform.

According to analytics firm Stream Hatch, online streaming platforms recorded a 43% jump in viewership to nearly 495 million hours in the last week of March, compared to the beginning of 2020.

Malta is the European hub for online gaming and betting, and the e-sports and e-sports betting sector has skyrocketed, landing Maltese gaming companies a handsome profit and creating an increased demand for translation and content.

To be able to take full advantage of this rapidly growing and lucrative market, e-sports organisations realise that every user must enjoy the same user experience. That means having services delivered in their native languages with the correct terminology and that are culturally appropriate. This includes translating audio transcripts, game texts and other assets.

Sports bodies have been quick to catch on and are riding the crest of the wave of skyrocketing interest. Braced for a massive revenue hit due to a loss of ticket sales and potentially being unable to fulfil their obligations to broadcasters, major leagues and organisations are adapting to the new world.

In place of scheduled events, Formula 1 has been hosting virtual Grand Prix with several current Formula one drivers participating alongside guests from e-sports and gaming. The debut race at the Bahrain International Circuit in Sakhir was played on the official F1 2019 video game. It drew 3.2 million online viewers and was watched by an estimated TV audience of 1.2 million. Similar events have been running with NASCAR’s eNASCAR iRacing Pro Invitational Series.

EA Sports launched a FIFA 20 e-sports soccer tournament to raise money for coronavirus charities. One of the most existing aspects to this virtual event is that real players from clubs such as Manchester City, Real Madrid and Paris Saint-Germain competed against each other.

Boxing has also been getting in on the act. The World Boxing Super Series launched its Heavyweight Legends Tournament, where eight of the best ever heavyweight boxers faced each other in simulated bouts. They included Muhammad Ali versus Evander Holyfield, Lennox Lewis versus Joe Frazier and George Foreman versus David Haye.

Another sport that has found a novel way to ensure the show goes on is basketball. In the United States, NBA side (National Basketball Association) Phoenix Suns are playing the rest of its season on NBA 2K20, which is broadcast on Twitch. 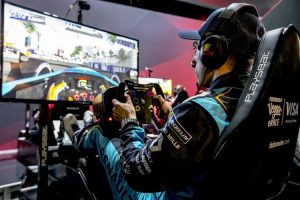 As a sign of how much e-sports has entered mainstream consciousness, the World Health Organisation (WHO) enlisted the help of the global gaming industry for the
#PlayApartTogether campaign. The initiative is promoting video games and multi-player gaming to overcome the side-effects of social distancing.

“We’re at a crucial moment in defining outcomes of this pandemic. Games industry companies have a global audience – we encourage all to #PlayApartTogether. More physical distancing + other measures will help to flatten the curve + save lives,” tweeted Ray Chambers, Ambassador for Global Strategy at WHO.

Sports fans hungry for competitive action are having their appetites sated during the current crisis as leading e-sports manufacturers have rushed to serve the stay-at-home audience. All of which is begging the question: is this just a temporary boom or could it turn into long-term growth?

When the world gets back to normal, sporting events will continue as before, although it remains to be seen what restrictions, if any, will be in place, such as playing behind closed doors or social distancing in the terraces or on the bleachers. However, at some point, arenas will fill up again with fans, which may mean they discard their keyboards and consoles. It is too early to provide a definitive answer about the future of e-sports post-COVID-19, but the signs are that growth will continue.

Traditional sports are being more proactive in creating e-sports content, professional players are doing additional streaming and the tournaments are getting bigger and better. One thing that e-sports can do very well is to provide a thrilling live experience, even though players are playing remotely rather than in an arena. Broadcasters are also getting in on the act. The Formula 1 Virtual Grand Prix had a prime time slot on Sky Sports, which would’ve been unheard of not so long ago.

Before the lockdown, audit firm PricewaterhouseCoopers predicted global e-sports revenue would rise to $1.8 billion by 2023 from $775 million in 2018. That figure could now be even higher.

Around the world, there are more than half a billion e-sports fans, a number that is continually rising. As more sponsors and mainstream broadcasters come on board, its appeal is set to spread further afield. There is a sense that there are a lot of untapped opportunities that are ripe for further exploration.

Photo by Sean Do on Unsplash