Celebrating The European Day of Languages

This annual celebration, held on September 26, is a Council of Europe initiative to highlight Europe’s linguistic diversity and promote the importance of proficiency in a second language.

Knowing another language not only enriches your persona life by feeding your brain and deepening your connection with other cultures, but it also opens up a larger world of professional opportunities. The demand for bilingual professionals is increasing exponentially.

The European Day of Languages (EDL) was first celebrated in 2001 and commemorated every year. It is open to everyone, and typically, schools, universities and other education institutions mark the event with classroom activities, workshops, special projects and discussion groups. There is also a wealth of fun online activities such as quizzes and language games. These can be found on the Council of Europe’s EDL website. There you will also find free posters, worksheets and other resources. 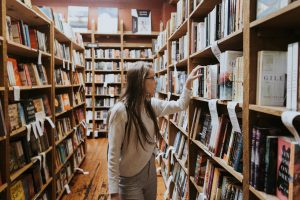 EDL Activities You Can Do

If you want to celebrate the day with others, the Council of Europe has a list of ideas and resources for activities that can be carried out in socially distanced ways. They include:

1) Write a special edition newspaper for the EDL – this is an ideal classroom activity or something for an entire school/college to do. Organise an editorial team, journalists, and photographers to produce a highly readable newspaper packed with articles, interviews, and features.

2) Host your own Eurovision Song Contest – this year’s event was cancelled because of the coronavirus pandemic but that doesn’t have to stop you from hosting your own mini version where each person performs a song in a different language.

3) Set up language taster workshops – these can be hour-long sessions introducing a language to a small group of participants.

4)Travel around the world from your desk – this activity can be for individuals or groups. Make a map of the places you want to visit and compile a list of the most useful expressions in the language of your chosen destination.

Whatever you decide to do for the European Day of Languages, have fun and be inspired.